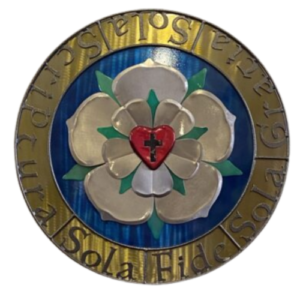 While I was at the Oregon Pastor’s Conference last week, someone was thoughtful to leave a “Chick Tract” on my desk at the office. I’ve talked about these “Chick Tracts” before; they’re illustrated booklets created by Jack Chick out of Ontario, California. They’ve been in circulation for decades, inviting kids and adults to accept Jesus as their Savior before it’s too late. Each tract (there are hundreds of them) cover a variety of topics concerning the Christian faith. The one left on my desk is, “The Attack” published in 1985. It tells the story of how Satan has been attacking the Word of God since the creation. After the time of Jesus, Satan managed to get intellectuals in Alexandria Egypt to incorrectly translate the Hebrew Bible and New Testament manuscripts into a “mess” which made people doubt the truth of God’s verbally inspired word.

“The Attack” goes on to try and convince you that many Bibles today, including the New International Version (NIV,) and English Standard Version (ESV,) are based on the Alexandrian manuscripts, which do not contain all of God’s Word. But if you send $12.95 to Jack Chick’s publishing company, you can get a book which has all the missing verses from your corrupted Bible. Our Lutheran Study Bible, an ESV published by Concordia, notes these missing verses and the fact that they are not found in the earliest known Greek manuscripts. For example, look up Acts chapter 8, verse 37. In your Bible, you may notice the text goes from verse 36, to 38. Where’s 37? You should find a note somewhere at the bottom of the page or in the commentary about the missing verse. It should say some manuscripts don’t contain the words in verse 37 and should also tell you what the words are. You can find other examples such as Matthew 8, verse 11, and Mark 15:28.

There’s nothing sinister or mysterious about this. While it is true the devil attacks God’s Word constantly in many ways, the fact that your Bible is missing some verses isn’t one of them. Some English Bible publishers choose to go with the earliest Greek manuscripts because it is known that Christians added in some verses for clarity or to complete some scenes such as the Ethiopian eunuch receiving faith and confessing Jesus is Lord. By leaving the verses out of the main text and noting them elsewhere on the page, you, the reader, can discern the nuances which exist in manuscripts used by Christians in the First Century which make up the New Testament. If you want an English Bible which contains all the verses in the main text, get a King James Bible (KJV.) The KJV considers late Greek manuscripts available to English scholars in the 16th Century. By the way, Jack Chick heartily recommends this version.

This all plays well into the Reformation which we will celebrate on Sunday, October 30th. Wear something red on that day. I’ll explain why when we get there. Not to spoil the reason we celebrate but be assured we have the enduring Word of God—early and late manuscripts of the Gospels, Acts, Paul and John’s letters were used to build up the church. The problem isn’t with the Word, it’s with us. And I’ll talk more about that later as well. Until then, may the Lord abide in you until he comes again in glory.