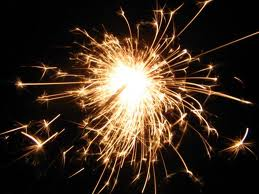 In his report of the 50th anniversary celebration, Pastor F. Westerkamp, commenting on the fact that the congregation was getting old, said it so well: “May our gracious God grant that the dear Gospel of Jesus, the Savior of sinners always remain new, sweet, precious, and desirable to us until the Lord closes our eyelids. Then our weak and so often pitiful praise will become praise that is perfect and roars through heaven to the glory of Him who has purchased us sinners for His blessed possession and has transferred us into the heavenly inheritance. Oh, what a glorious and eternal Jubilee we shall then celebrate!”

The above paragraph is from our church’s 125th anniversary booklet. Notice pastor Westerkamp, in 1928, said the congregation was “getting old.” My goodness! I wonder if he could have imagined the congregation would celebrate its 100th and 125th anniversaries? There’s no reason to doubt we will celebrate our 150th in 2028 either. If Pastor Westerkamp were alive today, he would think the congregation was getting very old for being around so long! Come to think of it, he would be very old himself! Thanks be to God, the Good News of Jesus Christ never gets old. It brings life and immortality to light in sinners like us. And it’s for all people who hear it and take it to heart.

In an essay I read recently by Roger Kovaciny, (a former Lutheran Church worker in Ukraine,) he outlines some reasons why the Church is experiencing an “evangelism implosion.” Some of them seem symptomatic to me as to why our church is facing difficulties in gaining people. For example, he says, “One reason why the church grew [in the first Century] was because during persecutions, the many people helped by Christians wouldn’t turn them in to the Romans. And during the numerous plagues that ripped through premodern cities, Christians saved many victims by nursing them instead of fleeing. Many who recovered attributed their rescue to the Christians or the Christians’ God. Many were converted. Just like today, the church didn’t grow from miraculous mass conversions or evangelism programs. The Mormons found out their ubiquitous cold calls are successful only one time out of a thousand. (Sound familiar?) What works for them is what works for us: having children or making friends and bringing those friends to church or a meeting with the pastor. Meeting with the pastor at the home of a friend is fruitful one time out of two—literally five hundred times oftener than a cold call on a stranger.”

I must admit, in my thirteen years in the ministry I have never been invited to someone’s home to speak to a friend about Jesus. I would in a heartbeat if asked to do so. Perhaps Mr. Kovaciny’s experience overseas was different than what I have seen in the Northwest. Some of you have told me you’ve invited your neighbors and friends to church, and they politely declined. What else can you do? Have more babies? That’s one solution; but it’s not an option for a lot of us at St. Paul because, well, to put in Pastor Westerkamp’s words, we’re “getting old.” If Kovaciny is right, then we will have to work harder and be more persistent in our invitations to friends to come to church. To that end I pray the Lord to give us courage and strength to do it.