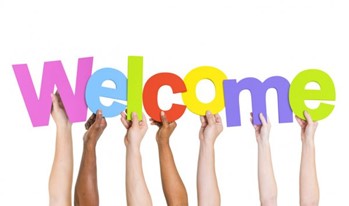 A NOTE FROM YOUR NEW VICE PRESIDENT

I was voted in as the new Congregation Vice President at the September 19th voters meeting. I would like to share a little about myself and my history. I come from a long line of teachers and preachers. My maternal great-grandparents were missionaries to Africa. After her husband died, my great-grandmother was a lay preacher in a country church for 10 years. Her son, my mom’s dad was a preacher since he was 19. The church used his carpentry skills as they repeatedly assigned him to congregations that needed to refurbish or build new churches or parsonages. My mom used her skills to write a couple of devotionals.  I joined my mom, granddad, and sister in ‘the family business’ when I became a teacher in the late 1990s. I taught until I moved to Oregon in 2006.

I met my husband, Fred, in the community clubhouse where I still live. We had been dating a short while when I told him I’d like to go to church with him. He asked me to wait until the first Sunday of the next month, so we could take communion together on the first Sunday we worshiped together. We married in St. Paul’s on September 24, 2011. I joined the church a couple of years later. After a little more than 7 wonderful years passed, Fred’s heart gave out and the Lord took him home on January 20th, 2019.

I share my house with two kitties, who both entertain and comfort me. I enjoy gardening and have helped Marge Peters tend to the memorial rose garden. I have helped at VBS for a couple of years. I am looking forward to my new role in the church.